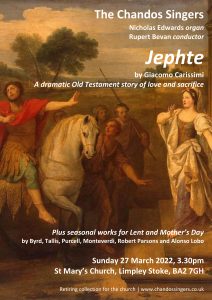 A free concert with donations for the church and for Ukraine, directed by Rupert Bevan, with Nicholas Edwards, organ. As well as seasonal choral works for Lent and Mother’s Day, the programme included Jephte by Giacomo Carissimi (1605-1674). £110 was raised for the church and £115 for Ukraine. 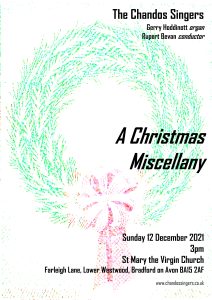 A sequence of Christmas music in aid of church funds, following many 2021 Chandos rehearsals in their well-ventilated church hall. 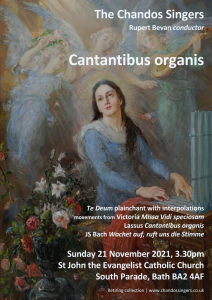 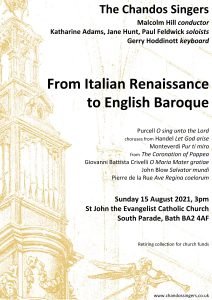 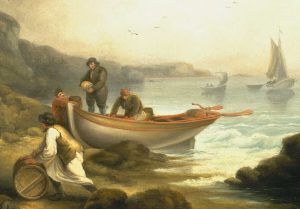 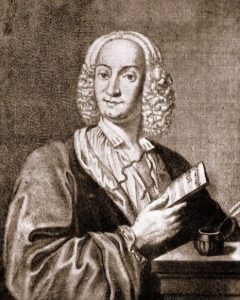 At St Michael’s Church, Chandos performed as much of Vivaldi’s Dixit Dominus cantata as could be fitted into the allotted time of 6.30-6.50. Then at 9.00, the Chandos Singers moved to St Swithin’s Church to form the chorus in Bath Chamber Opera’s performance of the second scene of the comedy-opera Bath: Graveyard of Ambition. 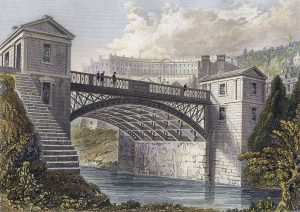 Most of the Chandos Singers appeared either as soloists or as chorus in Malcolm Hill’s one-act comedy-opera Bath: Graveyard of Ambition.

The performance was to mark the departure of Bath Chamber Opera’s leading tenor (Robert Jack) who also sang with Chandos and who will be taking up a new appointment in Cambridge University in September. 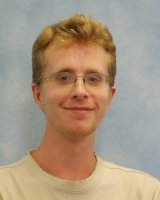 The neo-baroque comedy-opera is set in a waiting room in Bath, where patients comment on living in the pollution, problems with seagulls and parking as well as the joys and pitfalls of living in a Georgian city. Main soloists included Jane Hunt and Katharine Adams (sopranos), Katherine Lush (mezzo), Robert Jack (tenor) and Paul Feldwick (bass-baritone) were joined by shorter solos from Chandos’ Alison Alexander (soprano), John Gutteridge (bass) and members of Chandos in the chorus. Further details can be found at www.bathchamberopera.co.uk. 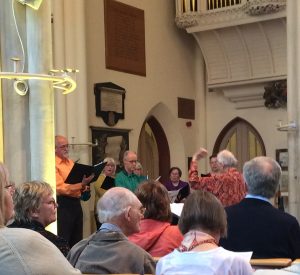 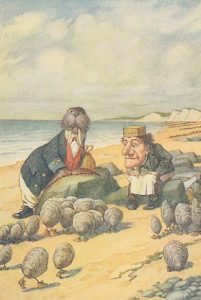 Malcolm Hill The Walrus and the Carpenter 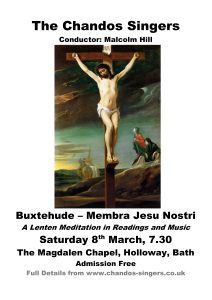 Translation of text read by Fr. David Prothero between each cantata.

Shared Retiring Collection for Julian House and The Genesis Project.

Music sung at the foundation of Notre Dame in 1163.

Also in the concert, sung by the Consort of Barber-Surgeons:

The Consort of Barber-Surgeons are four members of The Chandos Singers:

All other instruments – recorder, flute, 2 violins, 5 violas, cello -played by singers when not singing.

Translation of text read by Fr. Graham Oakes between each cantata.

Pieces performed in one or more of the above: